A Defensive, Disdainful Response to Congressional Scrutiny of Big Philanthropy 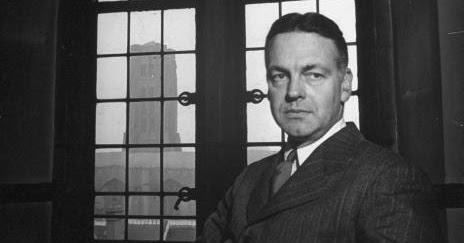 It must have been quite a scene. Fund for the Republic president Robert M. Hutchins delivered a speech, forcefully defending philanthropic foundations—their prerogatives, practices, and positions—on January 26, 1955, at the National Press Club in Washington, D.C. The Fund for the Republic, a nonprofit organization created and substantially supported by the Ford Foundation, researched and promoted civil liberties and civil rights.

Hutchins previously had been director of the Ford Foundation, before which he was president and chancellor of The University of Chicago and dean of the Yale Law School, from which he’d graduated. At Yale Law, he spearheaded development of the influential academic philosophy of “legal realism” and was a principal advocate of its Institute of Human Relations, which was substantially supported by the Rockefeller Foundation. He was a pillar of the country’s higher-education and philanthropic establishments.

The speech’s audience included U.S. Rep. B. Carroll Reece, the “Old Guard” Republican and onetime Republican National Committee chairman from Tennessee who led the U.S. House Select Committee to Investigate Tax-Exempt Foundations and Comparable Organizations. The “Reece Committee’s” final report was signed by the three Republicans out of its total of five members and released in December 1954, 18 days after U.S. Sen. Joseph McCarthy was officially condemned by the full Senate for the ways in which he investigated suspected communists in the government and military. Tensions were high. 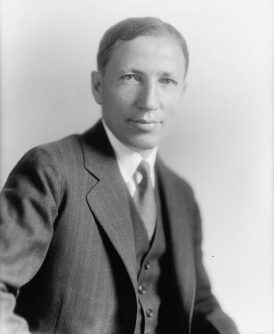 The Reece Committee found that, with some exceptions, “foundations have not directly supported organizations which, in turn, operated to support communism,” according to its report. The committee concluded that “[s]ome of the larger foundations have directly supported ‘subversion’ in the true meaning of that term—namely, the process of undermining some of our vitally protective concepts and principles. They have actively supported attacks upon our social and governmental system and financed the promotion of socialism and collectivist ideas.”

The report “was a broad-based critique of American philanthropy raising many issues that prefigured the culture wars that were to follow decades later,” according to Hudson Institute senior fellow John Fonte in a 2004 paper for Hudson’s Bradley Center on Philanthropy and Civic Renewal. It “presented an intellectual and cultural critique of Big Philanthropy, charging some of the larger foundations … with violating their public trust as tax-exempt institutions by supporting projects undermining the American Regime.”

A scene, yes. And history rhymes, as they say.

Hutchins’ speech was highly defensive of philanthropy and included more than a little arrogance and disdain, if not contempt—certainly for Reece and his colleagues and staff personally, if not also for Congress institutionally.

It is “one of the more absurd charges of the Reece Committee that the foundations were an intellectual cartel,” he began. “The Reece Committee forced them to huddle together in self-defense. One more investigation and they might become a cartel.

“The conduct of the majority, if it was the majority, of the Reece Committee was so scandalous that it outraged almost all the press and apparently even one of its own members,” he went on. “In the conduct of the hearings Mr. Reece added some new wrinkles to the distortions that we have become accustomed to in congressional investigations.

“The foundations were elaborately attacked by the staff and some witnesses of dubious standing,” he protested.

“The most entertaining of the new wrinkles was that the majority of the Committee took a philosophical position,” continued Hutchins, the educational philosopher. Reece and fellow committee member Jesse P. Wolcott, Hutchins said, “came bustling out in second-hand suits of anti-empiricism, supplied them by the sages of the staff ….

Empiricism and Subversion, Popularity, and Politics

“If a committee may charge a foundation with empiricism, why not charge a college with it,” Hutchins asked,

and if with empiricism why not also with Presbyterianism or Catholicism or any other philosophy, religion, or dogma that the committee does not care for? The grant of tax exemption may carry with it certain obligations, those who accept it may by implication agree that they must perform certain services. But it has never been supposed that by taking tax exemption a college, university, church, or foundation, otherwise within the law, was liable to condemnation because of the philosophy that it held. If there is such liability, the way is open to the most flagrant violation of religious freedom and of freedom of speech and teaching.

The foundation activities “of which the Committee now complains were currently wished, approved, and liked at the time the foundations did them,” Hutchins confidently asserted, adding that grantmakers shouldn’t be expected to “foresee what would become unpopular by the time of an investigation.” Moreover, “there is no evidence the American public dislikes empiricism;” it was the Reece Committee that did, he said.

“The Reece Committee achieved some of its gaudiest effects by the simple process of giving old words new definitions and then pinning the old words on the foundations,” Hutchins lamented.

This is the way that empiricism becomes subversion. Subversion now means, the Committee says, a promotion of tendencies that may lead to results that the Committee will not like. …

Its aims and methods are another example of the exploitation of public concern about Communism and subversion to further political ambition and to work off political grudges.

We may as well state it plainly: the Reece investigation in its inception and execution was a fraud.  Nobody in his right mind could suppose that the great accumulation of wealth left by our richest men were being intentionally used by their trustees to overthrow the institutions of this country.

Importantly, Hutchins made what some might consider to be reasonable concessions in describing what he considers proper Congressional interest and scrutiny. “Congress may properly investigate the foundations and seek to arrive at general legislative policy concerning them,” he said.

But the most important question to ask about any given foundation is whether it is one. Is it actually using its money for religious, charitable, educational, or scientific purposes? The First Amendment suggests that tax exemption should not be denied or revoked because the particular views of religion, education, or science held or promoted by the foundation are unpopular.

On the other hand, nothing in the Constitution requires that tax exemption must be accorded an organization, which though in outward form a foundation, is actually a tax dodge, or a public relations device, or a scheme to promote the personal interests of the donor. The test is public versus private purposes. The Government may properly inquire into this question, since the exemption is granted with a promise of performance. The appropriate forum for the determination of the question of performance would seem to be a court.

Hutchins concluded by saying that foundations should be permitted to pursue controversial grantmaking—to “take risks and to venture capital in areas about which people have strong prejudice”—and that the Reece Committee and like exercises only serve to discourage such beneficial philanthropy. “Who,” he wondered, “will venture now?”

There is no shortage of people from the leadership of today’s Big Philanthropy who would enthusiastically exhibit Hutchins-like defensiveness about its activities—its prerogatives, practices, and positions—and disdain for any Congressional inquiry into them. Tensions are high now, too.

Those who coordinate their giving through for-profit limited-liability companies (LLCs), which are not tax-exempt, would not be in the same position as Hutchins, of course. By legal definition, they do not accept what he called the “grant of tax exemption” that “carr[ies] with it certain obligations,” after all. At least one benefit of being, or leading, an LLC would be to not have to mount any such defense.

There may not be many people on Capitol Hill right now who are willing to play the Reece role, however. While there is a growing discussion about philanthropic reform and an increasing number of specific proposals, some of which may have prospects of passage, the talk is not yet as expansive as Reece caused and the floated reforms are hardly as bold as he contemplated—some of which occurred after the Reece Committee. 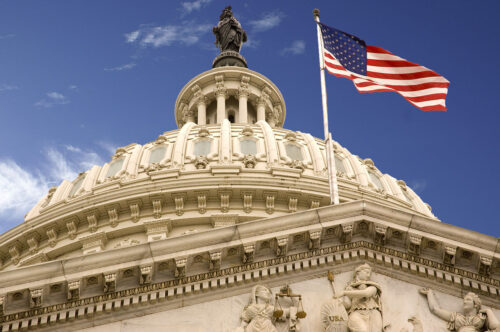 Should Republicans retain control of the Senate next session, Sen. Mike Crapo of Idaho would likely chair the Finance Committee. In 2009, Crapo joined the Senate Philanthropy Caucus co-chaired by Sens. Chuck Schumer, Democrat of New York, and Richard Burr, Republican of North Carolina. At the time, Crapo’s office said the Caucus was formed to inform lawmakers “about the important role that foundations play across the country” and “serves to identify issues of mutual interest to the philanthropic sector and lawmakers.”

“[N]obody’s expecting much focus on EOs from Senate Finance in the next Congress,” Streckfus said.

Outside the Finance Committee, there may be other Senators inclined to seek such a focus. Sen. Rand Paul of Kentucky sure seemed perturbed about any philanthropic funding that might have supported those who assaulted him and his wife as they exited The White House grounds on the night President Trump accepted the Republican nomination earlier this year. And if either or both incumbent Georgia Sens. David Perdue and Kelly Loeffler are still Senators next session, they may be curious about the level and nature of grantmaking to nonprofits during the weeks leading up to the two January 5, 2021, runoff elections there, and in a position to seek information and answers.

Outside the federal government, if concerned about the same subjects, state legislators and attorneys general could have similar questions.

In fact, any Reece redux might have one of the very same questions as Hutchins. While he defended philanthropy’s prerogatives, practices, and positions, he did not defend its politicization or engagement in outright politics per se—as today’s Hutchins would probably have to do.

The 1955 Hutchins, recall, had more than one question about foundations. Yes, he asked, after the Reece Committee, “Who will venture now?” But in describing proper Congressional interest and scrutiny, he cited “the most important question to ask about any given foundation,” as well: “Is it actually using its money for religious, charitable, educational, or scientific purposes?”

We may need a Reece to ask Hutchins’ “most important question” again, of a successor Hutchins. It’d be quite a scene.

Who will venture now?

This article first appeared in the Giving Review on December 7, 2020.