A “Dark Money” Assault on U.S. Elections: Meet the Team 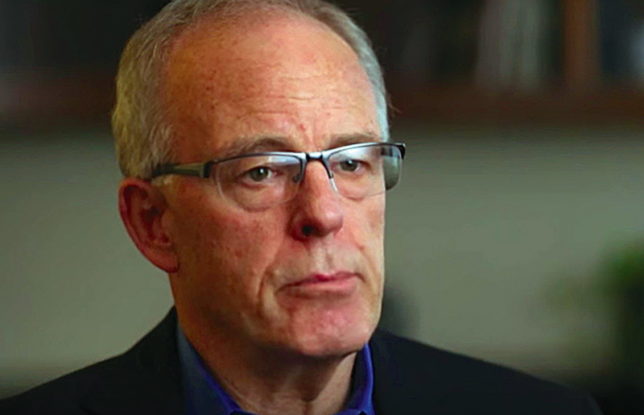 Stephen McConnell, the president of CPAF, worked as the director of U.S. Advocacy for Atlantic Philanthropies for several years and appears to be the driving force behind the CPAF program. Credit: atlanticphil. License: https://bit.ly/2UrydMT.
by Parker Thayer

Stephen McConnell, President. Stephen McConnell, the president of CPAF, worked as the director of U.S. Advocacy for Atlantic Philanthropies for several years and appears to be the driving force behind the CPAF program.

A truly well-connected force in the world of left-wing policy and thought, McConnell has a Ph.D. in sociology and is a member of the boards of both Demos, a major left-wing think tank, and U.S. Justice Action Network, a left-wing policy research group. McConnell appeared in a short video announcing CPAF’s launch that calls other funders to join Atlantic in funding voter-mobilization efforts. In 2015, McConnell also published an opinion in the Chronicle of Philanthropy urging other funders to partner in CPAF’s work because “[they] should decry lack of progress more than [they] fear the spotlight of controversy.”

Bill Roberts, Director. Bill Roberts, a director at CPAF, heads the Corridor Partners, a left-wing political consultancy firm. Roberts, like McConnell, is a former director of U.S. Advocacy for Atlantic, but also has extensive experience outside Atlantic. Although primarily a consultant, Roberts is on the board of the League of Conservation Voters, where he spent many years as the board chairman. Atlantic likely invited Roberts back to be the brains of CPAF’s operations because of his long history of work in left-wing voter mobilization.

Katharine Peck, Senior Vice President. Katharine Peck, the most important and recent addition to the team, appears to oversee the on-the-ground efforts of CPAF via her leadership positions at numerous nonprofits dedicated to expanding state-level activism. Peck is the president of State Voices, a multistate organizing group that runs “state civic engagement tables” that bring scattered left-wing activism groups together to develop and coordinate their efforts. In this way State Voices, a well-known member of Democracy Alliance, creates miniature versions of Democracy Alliance wherever it operates. CPAF provides grants largely to groups connected to these state civic engagement tables. Peck’s inside knowledge of the State Voices network is likely what helped CPAF quickly identify groups that could carry out CPAF’s work as if it were truly “grassroots.” Peck is also on the board of several other voter engagement nonprofits, including the Voter Registration Project and the Advancement Project.

Peck joined CPAF’s board in 2016 when the group’s operations shifted into gear. In 2015, CPAF gave out just over $1 million in grants, but after Peck joined the board, it handed out over $12 million, perhaps guided by Peck’s expert input. Peck’s only previous work for a private foundation was as an advisor to the Gill Foundation, the private foundation of Tim Gill that focuses on LBGTQ activism. However, her starting salary of $300,000 was the same as McConnell, who had worked with Atlantic for years.

Philip Schiliro, Director. CPAF director Phil Schiliro worked as director of congressional relations for the Obama administration and was considered an expert in legislative affairs and congressional relations. He has been credited with playing a substantial role in wrangling legislators together to support Obamacare. His deep personal relationships with nearly every Democrat in Congress and to Democratic National Committee (DNC) leadership likely help CPAF coordinate efforts with the DNC and Democratic candidates.

Whitney Tymas, Director. Whitney Tymas is a prominent lawyer who has worked extensively in criminal justice reform at the left-leaning Vera Institute for Justice. He currently is the treasurer for the Safety and Justice PAC and works for the Justice and Public Safety PAC. Both PACs receive millions in funding every year from George Soros. The Open Society Institute’s $367,000 donation to CPAF in 2016 suggests that Soros has partnered with Atlantic to fund CPAF’s work, and Tymas was likely placed on the board to oversee operation on behalf of Soros, with whom CPAF has been claimed to be working.

David Sternlieb, Secretary. David Sternlieb, CPAF’s secretary, oversees Atlantic’s global programs during the final phase of grantmaking. On his orders, Atlantic plans to spend itself out of existence by 2020, and Sternlieb’s job is to make it happen. His role on the CPAF board seems to be solely oversight, making sure that CPAF’s work complies with Atlantic’s mission.

Is There More to CPAF?

In many respects, CPAF is unique in the world of philanthropy, yet its level of funding suggests that something has suddenly made Atlantic very confident in CPAF’s abilities and tactics. Such confidence in the middle of virtually uncharted waters almost certainly means that Atlantic knows something everyone else doesn’t.

The Capital Research Center’s investigative team discovered a handful of unassuming emails released by WikiLeaks that provide the final piece in the puzzle, allowing researchers to begin to understand the source of CPAF’s unusual confidence. As it turns out, the story doesn’t begin with CPAF or even with Atlantic Philanthropies. Rather, the story begins with a cryptic email from the president of another private foundation to John Podesta.

In February 2015, Molly McUsic, president of the Wyss Foundation, emailed John Podesta who was then Hillary Clinton’s presidential campaign director. The Wyss Foundation is the private foundation of Hansjörg Wyss, a left-wing Swiss billionaire who made his fortune as the president of a controversial medical technologies company called Synthes USA. Wyss’ foundation largely focuses on environmental activism but also provides broad support for left-wing policy in the United States.

Political consultant Bill Roberts sent the original email—the same Bill Roberts who is now on the CPAF board.

Roberts wrote to McUsic, “As we discussed, I am attaching a set of recommendations for large-scale, multi-year voter registration programs focused on historically underrepresented populations.” This proves that Roberts had been shopping a voter-registration plan that sounds a lot like CPAF to other left-wing private foundations around the time of CPAF’s launch.

Later, Roberts’ insisted that his program was “designed to meet this goal in a strictly nonpartisan manner, consistent with the mission of any private foundation.” This clearly hints that it was designed specifically for 501(c)(3)s, not 501(c)(4)s such as CPAF, but Roberts also states that he needed to make “notable changes from earlier versions” of the plan to make it acceptable for 501(c)(3) groups to use. Together, McUsic’s “new c3 version” message and Robert’s presence on the board of CPAF seem to indicate that Bill Roberts’ plan was the original inspiration for CPAF.

In the next installment of “A ‘Dark Money’ Assault on U.S. Elections,” learn how CPAF was created.