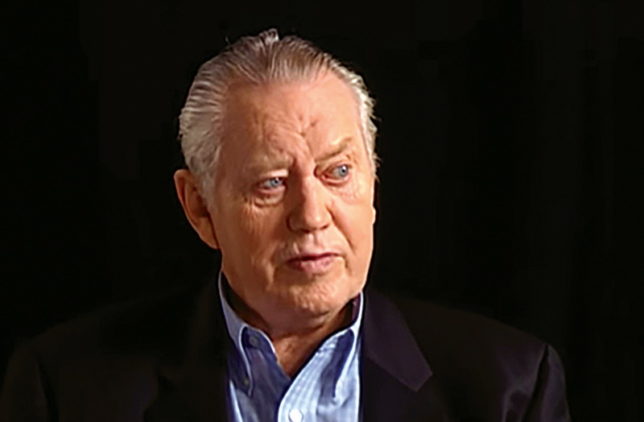 In 2008, Atlantic Philanthropies, the Bermuda-based foundation created by left-wing billionaire Charles “Chuck” Feeney, quietly moved America toward socialized medicine. From 2008 to 2010, Atlantic provided $27 million—over half of the organization’s funding—to Health Care for America Now (HCAN). HCAN was so effective with Atlantic’s money, that it’s been credited with almost single-handedly leading the campaign behind Congress’s passage of Obamacare. With just three years and $27 million, Atlantic orchestrated one of the largest policy shifts in American history, bringing one-sixth of the American economy under the influence of Uncle Sam.

Years later, the election of President Donald Trump in 2016 brought a radical shift of its own, undoing much of Atlantic’s work. By repealing the individual mandate, which required all Americans to purchase health insurance or pay a tax penalty, the Trump Administration and Congress effectively gutted Obamacare.

But by then, Atlantic Philanthropies was already hatching a plan to push back against congressional Republicans and the Trump Administration: the Civic Participation Action Fund (CPAF), a 501(c)(4) organization founded in 2015. Over the years Atlantic has used its 501(c)(4) wing, the Atlantic Advocacy Fund, to provide a whopping $50 million to establish CPAF.

Operating under a nonpartisan guise, CPAF is a voter mobilization mega-funder dedicated to ensuring Democrats control Congress by 2020. Although it purports to promote “racial equity, economic opportunity, and democratic participation among low-income people of color through advocacy and civic engagement,” CRC has uncovered documents that show that behind this innocent sounding goal is a sophisticated plan to fund an army of left-wing activists determined to put Democrats in office.

Atlantic Unleashes an Ocean of Money

Federal laws bar private nonprofit foundations from engaging in anything resembling partisan activity, and that includes the Bermuda-based Atlantic Philanthropies. It can, however, further its political agenda by providing unrestricted funding to 501(c)(4) advocacy groups, which can lobby and engage in other political activities. On the other hand, any donations U.S.-based private foundations make to 501(c)(4)s must be for demonstrably charitable purposes. From its hideaway in Bermuda, Atlantic abuses this loophole extensively, using billions of tax-exempt dollars to support its left-wing political agenda.

But CPAF doesn’t plan on sticking around to do so for very long. On its sparse website, CPAF writes that it is a “limited life initiative” dedicated to funding civic engagement efforts that are “[likely] to culminate in some degree of success by 2020.” CPAF was designed as a five-year project, not a permanent organization, and it has accordingly been spending money like there is no tomorrow.

Between 2015 and 2017, CPAF gave over $20 million in grants exclusively to left-wing activist groups, almost all of which are either 501(c)(4)s or PACs in nearly a dozen different states.  The states are from coast to coast, including Nevada, Arizona, Colorado, New Mexico, Illinois, Georgia, North Carolina, and Florida.

CPAF-sponsored organizations include Mi Familia Vota, an open-borders group that submitted 6,000 voter registration forms that were rejected as ineligible or duplicates, according to Arizona officials. Another example is Every Citizen Counts, a left-wing voter engagement group created on behalf of Hillary Clinton’s presidential campaign, to which CPAF granted $1.8 million in 2016. CPAF gave another $1.5 million to Immigrant Voters Win, a left-wing PAC funded mainly by billionaires George Soros and Tom Steyer.

Although it casts a wide net, CPAF is also generous with its resources. Often, CPAF grants account for more than a third of an organization’s revenue. This allows CPAF to develop an allied network of organizations in dozens of states where it doesn’t have a physical footprint. In addition to its state-based networks, CPAF is also a key player in national left-wing organizing through its ties to Arabella Advisors and the Democracy Alliance.

CRC also obtained never-before-seen, unredacted copies of CPAF’s IRS filings, which show that Arabella-led organizations provided over $1 million in funding to CPAF. In 2016, CPAF received $1.1 million from the 501(c)(4) Sixteen Thirty Fund and $367,000 from the 501(c)(3) New Venture Fund. Also on the list of 2016 contributions is $1 million from the NEO Philanthropy Action Fund—a massive left-wing, dark money pass-through entity—and $367,000 from George Soros’ Open Society Foundations. Although these contributions are small compared to those from Atlantic, they show that CPAF is collaborating with and influencing left-wing leadership at the highest levels.

CPAF’s unredacted 2017 filings also reveal that CPAF receives support from liberal tech elites in Silicon Valley including $50,000 from Paul Graham, co-founder of Y Combinator, a company that provided seed investing for Dropbox and Airbnb; $50,000 from the Conway Family Trust, created by Ron Conway who was a founding investor in Google and well-known left-winger; and $10,000 from Michael Yang, a tech investor who helped found Yahoo. These contributions suggest that these three billionaires know their way around the innermost circles of left-wing organizing, potentially exposing them as secret members of the Democracy Alliance.

Clearly, CPAF is a large and sophisticated operation that has rapidly spread its influence to left-wing operations across the country, and it would take a team of highly skilled organizers to operate it. Luckily, Atlantic knew exactly the right people for the job, due to its long history of secret left-wing activism.

In the next installment of “A ‘Dark Money’ Assault on U.S. Elections,” meet the team of highly skilled left-wing operatives at Atlantic Philanthropies.