A Cautionary Tale Against “Tech Startup” Mentality in Education 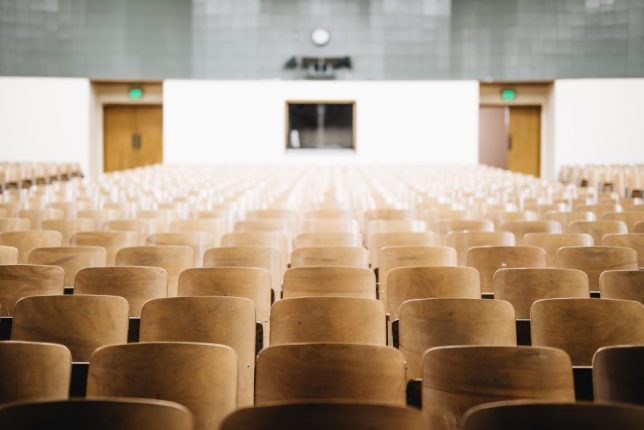 This article originally appeared in Philanthropy Daily on July 26, 2018.

My book on education, Angry Classrooms, Vacant Minds, was published in 1994, but if I were to revise it, I don’t think I would change many of my conclusions. Schools, I found, work best when the principal is an inspiring leader and not a middle manager and when teachers are free to do their best without being smothered in bureaucracy.

But one critical ingredient is that students have to show up wanting to learn. If they’re there because the law says they have to be there, or if they show up because school is a nice warm place to hang out with their friends in the winter, there isn’t going to be much education going on.

That’s a lesson, as Daniel Duane notes in Wired, that the planners and funders of Willie L. Brown[1] Jr. Middle School in San Francisco should have known. The school, opened in 2015, is a lavish facility that has attracted donations from many foundations and individuals. But three years after it opened, the school is still struggling to educate the city’s poor and minority children.

The roots of Willie Brown Middle School trace to Willie L. Brown Jr. College Preparatory Academy opened in 2004. The Gates Foundation gave San Francisco a $135,000 grant to turn its schools for lower-achieving students into “Dream Schools.” Teachers had to reapply for their jobs, students had to wear uniforms, and there were foreign-language and art classes. But by 2010 the school, which had room for 500 students, only had 130 enrolled, and test scores were extremely low.

Willie Brown was quite involved in the school that bears his name. “We tried to make it work,” he said. “We put kids in uniforms, we did everything. I used my connections. I had Spike Lee teach out there! Every friend I had in the celebrity world I took to that godforsaken place for an hour. I shattered my resources in that effort. It was clear that it wasn’t going to work.”

Eventually, Brown said, the school district decided that the school would only work if it were in a new building. San Francisco voters routinely approve bond issues for school construction, so the building was opened in 2015 at a cost of $54 million.

Philanthropists made many donations to help the school. Marc Benioff, founder of Salesforce.com, has donated $100,000 to every middle school principal in San Francisco to do as they like. The charter school network Summit Public Schools donated its “personalized learning platform,” a $500,000 gift. (The platform was developed with funds from the Chan Zuckerberg Initiative.)

Willie Brown Middle even got a donation for its cafeteria, or what they call a “cafetorium,” from the Sara and Evan Williams Foundation, whose wealth comes from Twitter. The $48,000 grant included a consulting fee to the design firm Ideo for what Duane calls “a sweeping redesign of the school lunch experience.”

But despite all this money, Willie Brown Middle has yet to establish itself. The problems began with the school’s first principal, Demetrius Hobson, who, according to teachers, refused to say before the school opened how violent troublemakers would be dealt with. The teachers say he was more comfortable talking about 3-D printers. (Hobson refused to be interviewed.)

The school opened with construction still going on. Fights, the San Francisco Examiner reported, broke out the first day and never let up. Shawn Whalen, a parent, says that shortly after the school opened, “kids were throwing things at teachers. Teachers couldn’t leave their rooms and had nobody to call, or if they did nobody was coming. My daughter’s English teacher walked up in front of the students and said ‘I can’t do this’ and quit. There was no consistent instructional activity going on.”

Demetrius Hobson’s response to the chaos was to resign.

By the close of 2015, Willie Brown Middle was on its third principal. To add to the chaos, a dispute broke out with Summit Public Schools on how much data they could collect on Willie Brown students that led to Summit revoking the license for its education software. This meant that Willie Brown Middle had to figure out what to teach their students.

While Willie Brown Middle was in organizational chaos, donors were shown how beautiful the school was, thanks to their gifts. “I used to have to watch when the wife of a Twitter exec would come surrounded by a gaggle of district people,” a former teacher said. “We had a lovely building, but it was like someone bought you a Ferrari and you popped open the hood and there was no engine.”

According to Duane, Willie Brown Middle’s fortunes hit rock bottom in 2016 and have risen slowly since then. The school’s fourth principal, Charleston Brown, is doing a better job. Students are not getting all the bells and whistles they were promised, but they are getting some, including robotics classes.

But one problem is that salaries for teachers in San Francisco are relatively low, particularly given the very high costs of housing in that city. Teacher salaries start at $43,000, or the average yearly rent for a one-bedroom apartment. Principal Brown makes $100,000, but he has an hour-long commute from Fairfield. Fairfield pays its principals $114,000, so if a job opened up there, Brown would make more and have a less onerous commute.

Duane interviewed Eric Hanushek, a Stanford economist who is one of the nation’s leading experts on education. Hanushek told Duane that the key to determining whether a school is successful is whether teachers and principals stay at the school for a long time.

Salaries help, but it also helps to have a school where students want to learn, and teachers know they can do their jobs without having to constantly worry about violence.

The Willie Brown Middle story offers this lesson for donors. You can give for things—software, equipment for STEM classes, and even cafeterias where the meals are curated by locavores. But how can your grant encourage children to succeed in school?

If you can’t answer this question, you might ask yourself if your education grant is worth giving.