You’re a critic of the president? Racist!

[Continuing our series on deception in politics.]

One of the most effective tools in the arsenal of the President and his supporters is their ability to make fake charges of racism with impunity and, indeed, with the active support of most of the news media.

They throw the racism charge around like a 1950s Klansman accusing every civil rights worker of being a secret communist or a Nazi seeing signs everywhere of a secret Jewish conspiracy. To hear many of the Obamaroids, every criticism of the president is rooted in hatred of the President for his race. Want a good laugh? Read the Media Research Center’s compilation of the worst such quotes from Chris Matthews of MSNBC, at http://newsbusters.org/blogs/geoffrey-dickens/2013/11/07/top-20-worst-chris-matthews-quotes-calling-obama-critics-racist.

I want to talk today about a controversial word. It’s a word that has been with us for years. And like it or not, it’s indelibly printed in the pages of American history. A word that was originally intended as a derogatory term, meant to shame and divide and demean. The word was conceived of by a group of wealthy white men who needed a way to put themselves above and apart from a black man, to render him inferior and unequal and diminish his accomplishments.

Y’all know the word that I’m talking about. Obamacare! That’s right! I said it and I’m not ashamed, and neither is President Obama!

Watch the video at http://www.frontpagemag.com/2013/dgreenfield/msnbc-obamacare-is-a-racist-code-word.

Oprah Winfrey recently suggested that critics of the President are racist. (See http://www.youtube.com/watch?v=IleBUo7rr1I ) She claimed that President Obama is shown a level of disrespect that is tied to his “race”—a bizarre claim, given the deference he has received even when caught point-blank in falsehoods. Notably, Oprah in her remarks pointed to the famous “You lie!” shout-out, during a State of the Union address, by Rep. Joe Wilson (R-South Carolina). Never mind that, although Wilson’s shout was highly inappropriate in terms of etiquette, the congressman was correct in his assertion; the President was lying. (Mr. Obama had just claimed that illegal aliens wouldn’t be covered by Obamacare, which is false.)

Another Obama supporter, columnist Richard Cohen of The Washington Post, got in trouble recently with his article on New York City’s Mayor-elect and his family. Cohen wrote (http://www.washingtonpost.com/opinions/richard-cohen-christies-tea-party-problem/2013/11/11/a1ffaa9c-4b05-11e3-ac54-aa84301ced81_story.html):

People with conventional views must repress a gag reflex when considering the mayor-elect of New York—a white man married to a black woman and with two biracial children. (Should I mention that Bill de Blasio’s wife, Chirlane McCray, used to be a lesbian?) This family represents the cultural changes that have enveloped parts—but not all—of America. To cultural conservatives, this doesn’t look like their country at all.

Interestingly, Cohen came under fire for his insensitivity from some of his friends on the Left who didn’t catch the sarcasm, the fact that he was pointing to conservatives’ (fake-)racism rather than expressing it himself.

“What I was doing was expressing not my own views but those of extreme right-wing Republican Tea Party people,” Cohen explained. “I don’t have a problem with interracial marriage or same-sex marriage. In fact, I exult in them. It’s a slander” to suggest otherwise. “This is just below the belt. It’s a purposeful misreading of what I wrote.” Delicious! Cohen was falsely accused of racism for his column falsely accusing other people of racism.

De Blasio is a hardcore leftist who backed the Soviet-front Sandinistas in Nicaragua, honeymooned in the workers’ paradise of Cuba, and spoke at an event put together by the violent “Occupy” movement, but, to Cohen and his friends at The Washington Post, it must be his marriage that upsets conservatives. (And if anyone is upset by the “former lesbian” status of de Blasio’s wife, it should be people on the Left who, taking their knowledge of science from the works of Lady Gaga, claim that sexual orientation is inborn and immutable.)

The fake-racism campaign is nothing new. A Newsweek writer in 2012 suggested that it was racist to call the President a socialist—never mind that, a week or so before the Tea Party movement began in 2009, Newsweek celebrated the victory of people like Mr. Obama in a cover story declaring “We are all socialists now.” <http://newsbusters.org/blogs/tim-graham/2009/02/11/big-lie-newsweek-claims-cover-we-are-all-socialists-now> (I guess the magazine’s editors meant that we are all socialists except Obama.) In 2010, Newsweek reported on a University of Washington “study” about how Tea Partiers are racist and approvingly quoted a political analyst named David Bositis:

Why, he asks, weren’t they up in arms when President George W. Bush launched two costly wars and created a new unfunded mandate with his Medicare prescription-drug plan? Why didn’t they take to the streets when he converted a surplus into a massive deficit? “I don’t like to be in a position where I’m characterizing people as being racially biased,” says Bositis. “But when the shoe fits, what do you do?” Given modern societal norms, “they know they can’t use any overtly racist language,” he contends. “So they use coded language”—questioning the patriotism of the president or complaining about “socialist” schemes to redistribute wealth.

Never mind that many soon-to-be-Tea Partiers were, in fact, up in arms over Bush’s Iraq War, his Medicare expansion, and his big-spending ways. Indeed, the spark for the Tea Party movement, even before Rick Santelli’s famous rant, was the backlash against the Too-Big-to-Fail bailout proposed by Bush and supported by Obama. In the world of the reporters and editors of Newsweek, though, the real root of the Tea Party was racism.

The author of the University of Washington “study,” Christopher Parker, recently showed up in the news again with charges that the Tea Party is like the KKK. The university highlighted his research in an e-mail that the university sent to alumni, and quoted a commentary he wrote: “Consider the Tea Party. Similar to the Klan, white, middle- class, middle-aged, Protestant men dominate the Tea Party’s ranks.” (See http://dailycaller.com/2013/12/06/university-sends-email-to-alumni-equating-the-tea-party-with-the-kkk.)

During the 2012 presidential campaign, Newt Gingrich was called a racist for referring to Mr. Obama as the “food stamp president,” even though the characterization is utterly fair. [Disclosure: I was senior researcher in the Gingrich campaign.]  Both by creating poverty and by making it easier honestly or dishonestly to get on the SNAP (food stamp) program, Mr. Obama certainly is the food stamp president. Spending on food stamps in 2008: $34.6 billion and in 2013: $76.1 billion. Some of those who called Newt a racist in this instance noted that most food stamp beneficiaries aren’t African-American but added that using the term “food stamp president” is racist anyway. Huh?

[On a related note, Joe Klein, a dean of the Washington press corps, declared that it was xenophobic for Newt to criticize Mr. Obama by citing his ties to radical organizer Saul Alinsky, because Tea Party members, in Mr. Klein’s view, couldn’t possibly know who Saul Alinsky was, and the reference was simply an attempt to appeal to their prejudice against “foreign sounding” names. In reality, Tea Party activists know precisely who Alinsky was; I’ve never met one who didn’t, and many Tea Partiers can even name the individual to whom Alinsky dedicated his book Rules for Radicals (Lucifer).]

The Tea Party movement is racist? In fact, it is one of the most diverse political movements in history.

Did I mention that the person who recruited me into the local taxpayers’ association, the foundation for the local Tea Party organization, was a Muslim who came to the U.S. from Pakistan? I suppose that he was a white supremacist, too, just like Herman Cain and Ted Cruz. 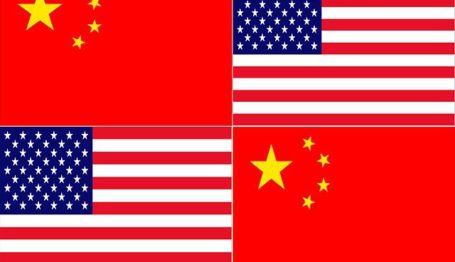 Keeping a Finger on Foreign Funding in Academia